For this homework assignment, we are to show two examples each of successful and unsuccessful signs, then redesign one of the bad signs.

V-Nam cafe, on 1st and 1st, is in my opinion the best Vietnamese restaurant in New York City. I used to live a block away and would walk by it all the time, but had no idea it existed until discovering it through Yelp. 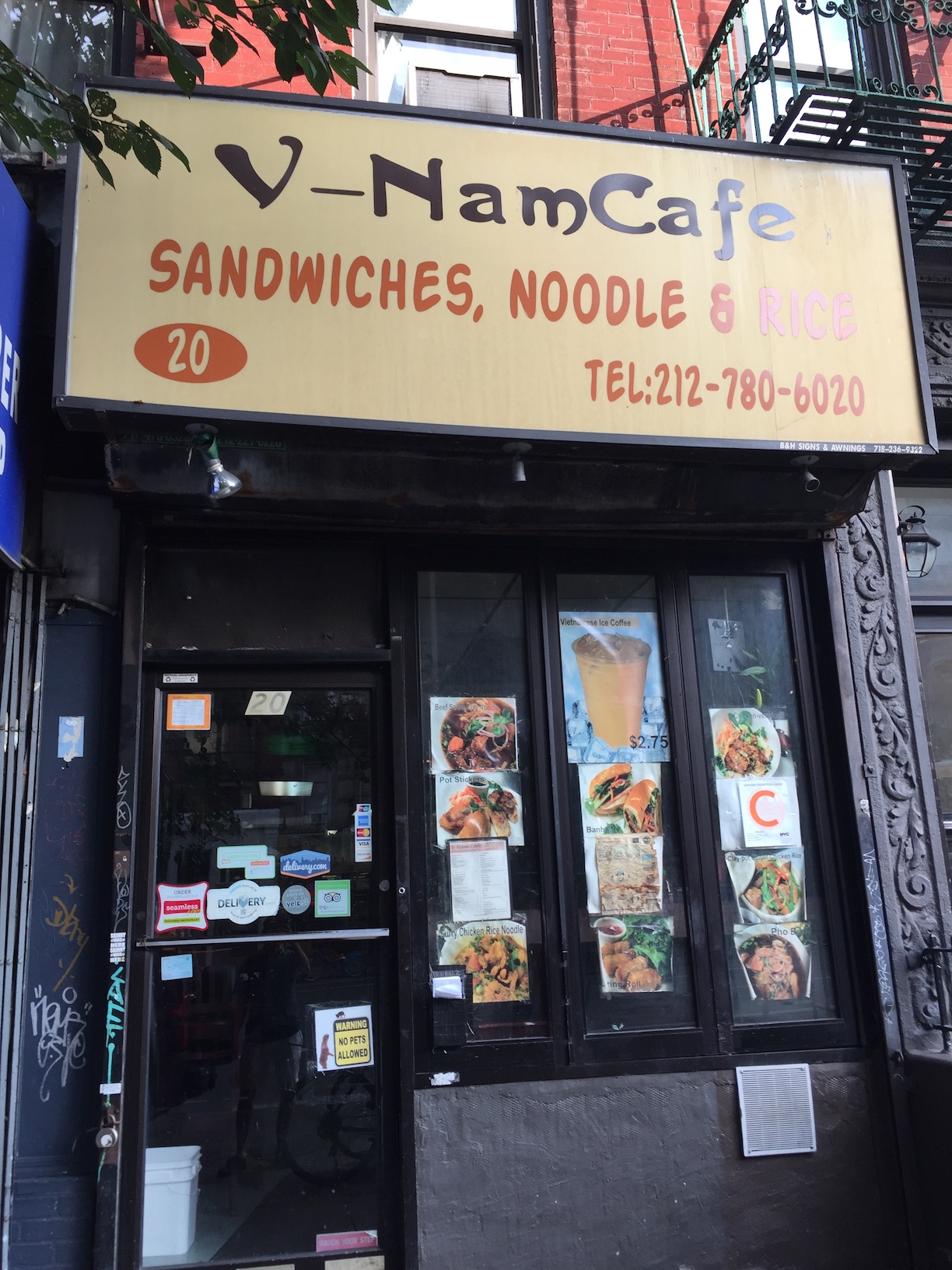 This sign is barely visible from across the street, as it’s obstructed by trees. The faded out font makes it tough to notice as well. The dull colors prevent it from drawing your attention even when it is in sight. No where on the sign is it clear that this is a Vietnamese restaurant. The text “Sandwich, Noodle, & Rice” is too similar in color to the background – I have never even read that text until this analysis.

Nighthawk Cinema, in Williamsburg, is a wonderful theater with a nice design on the outside, but its poor signage and unconventional layout make it a nightmare to navigate on the inside. The other night, I arrived at the theater just as the film was about to start.

This is what you see as you enter: 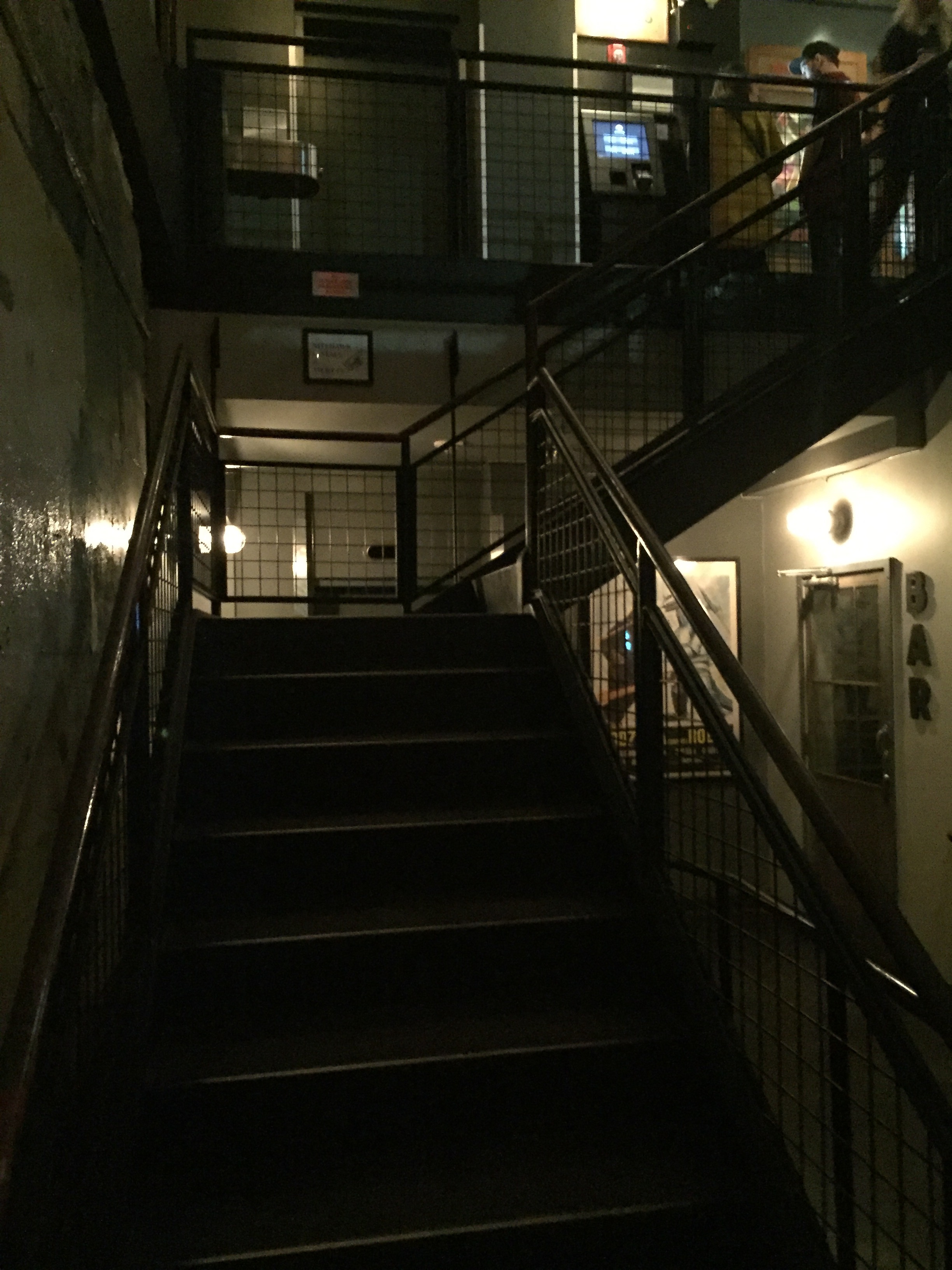 I already had purchased the tickets online, but when entering had no idea where the theater was. I had to ask someone, and they said it would be up the stairs. Only as I ascended the stairs did I notice this barely visible, poorly lit sign: 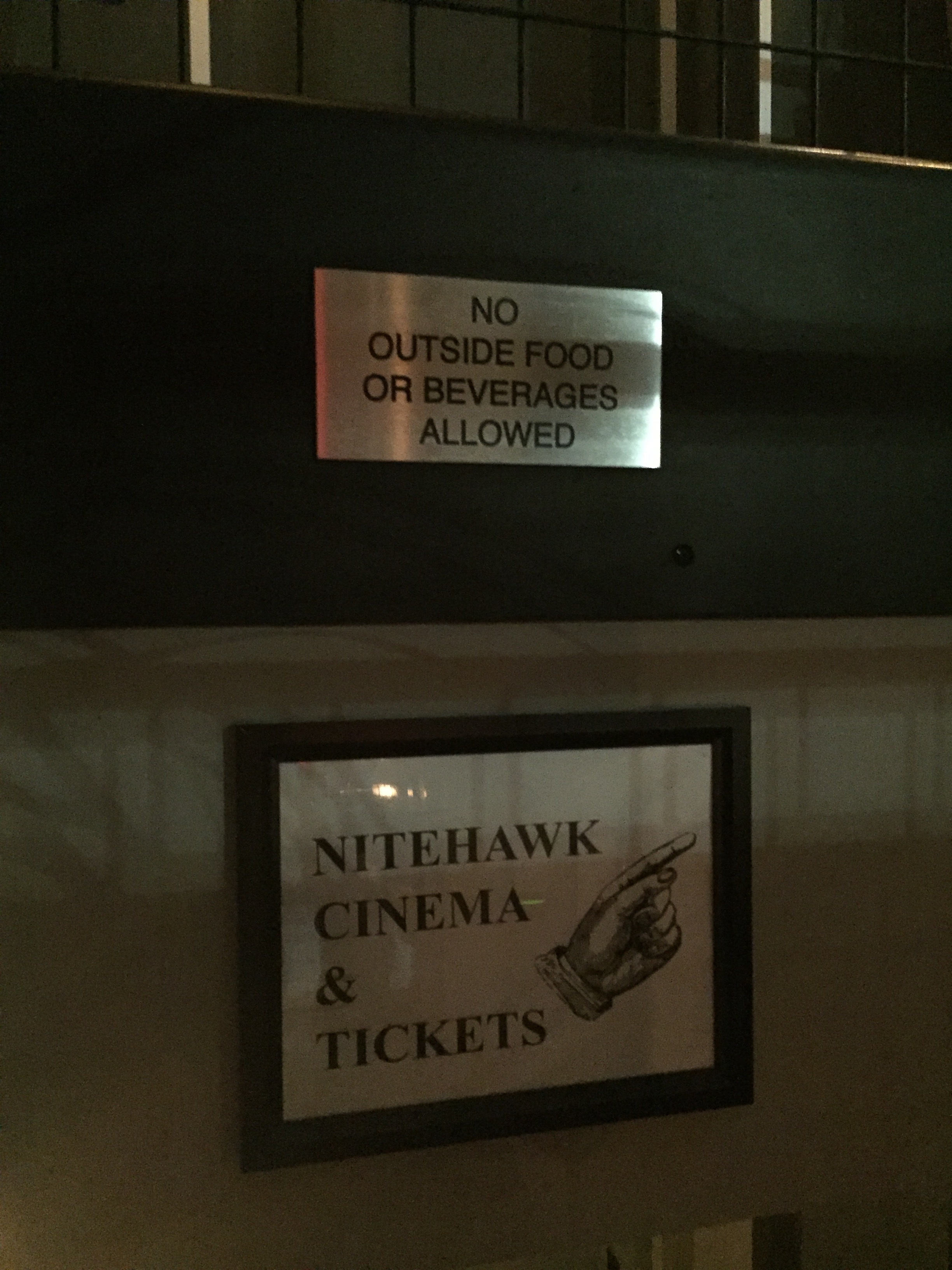 Then at the stop of the stairs I had no idea where to go. Tucked around the back of the bar was a hallway, but I did not notice the theaters at the end, and had to turn around and ask the bartender where the theaters were. 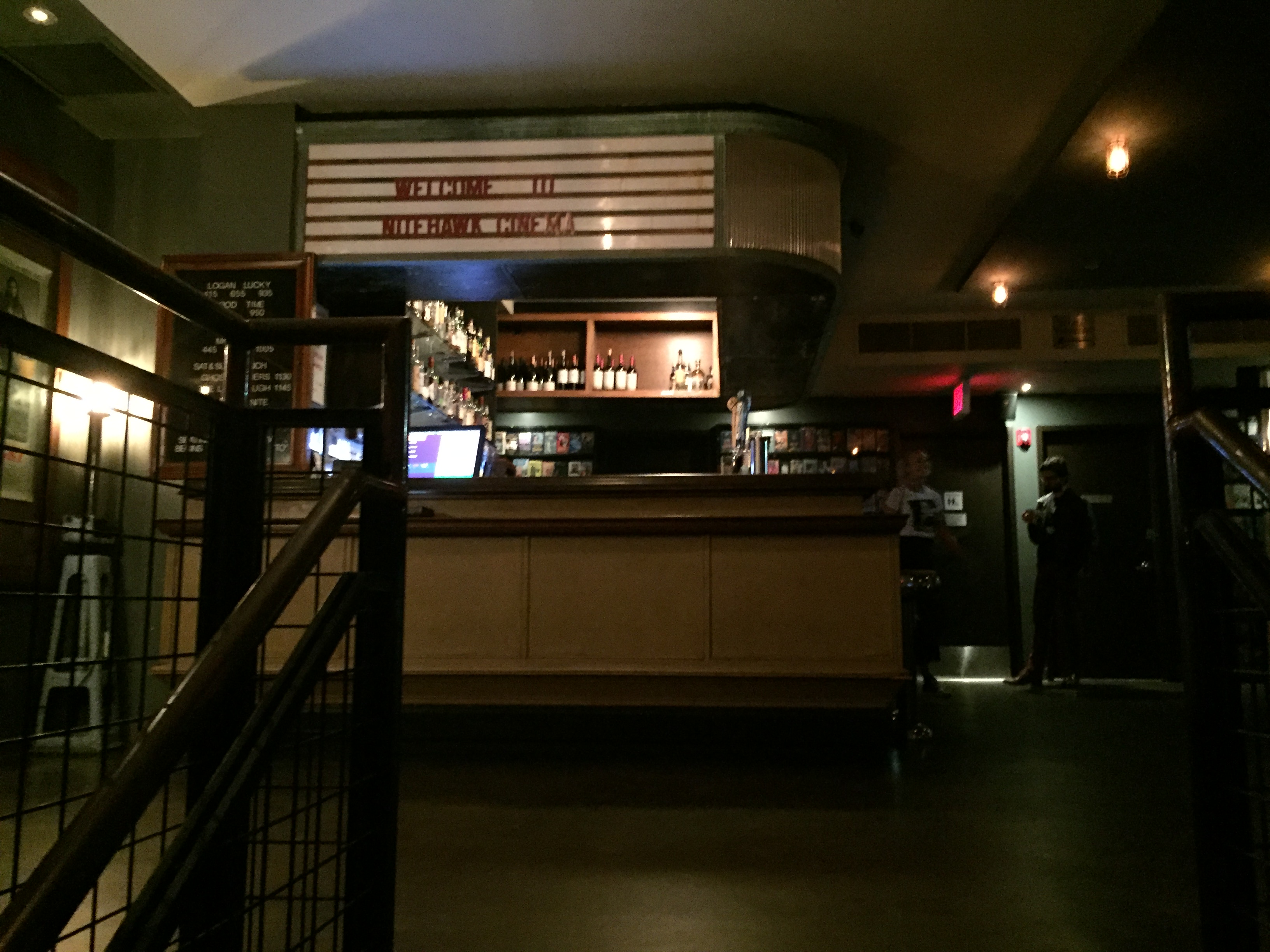 She pointed me down the hallway, and only as I started walking down it did I see the signs for the theater: 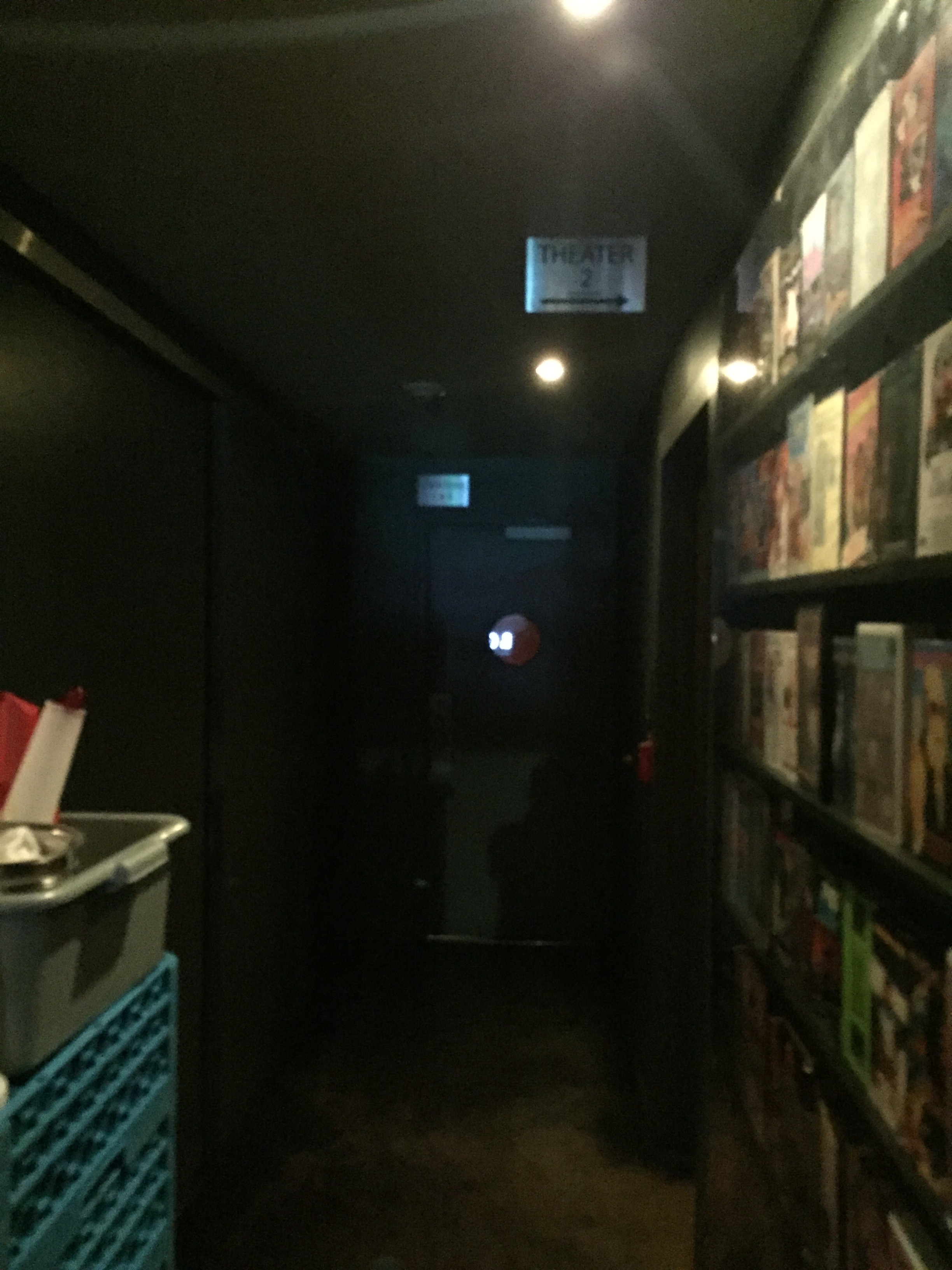 This cinema is laid out differently from normal, as you need to go up to the second floor to get tickets and then around a bar to get to the theaters. Because customers aren’t used to something this, it’s extra important to have clear signage to make finding where they need to go quick and easy. A simple, affordable improvement would be to enlarge the sign, and point a focused light to illuminate it. A simple small white par can could accomplish this: 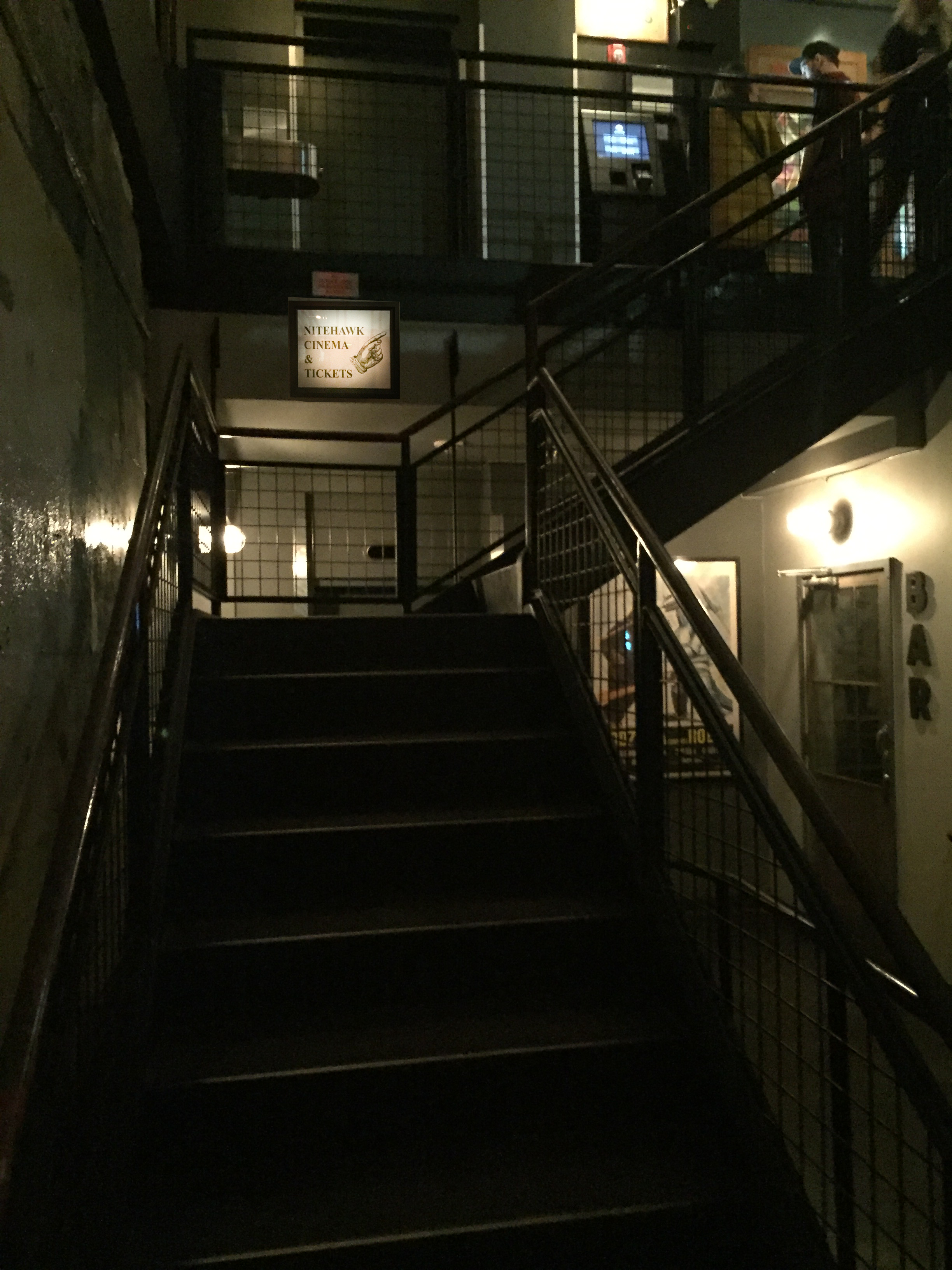 A more robust but expensive solution would be to build a neon/illuminated sign with simple text and an arrow: 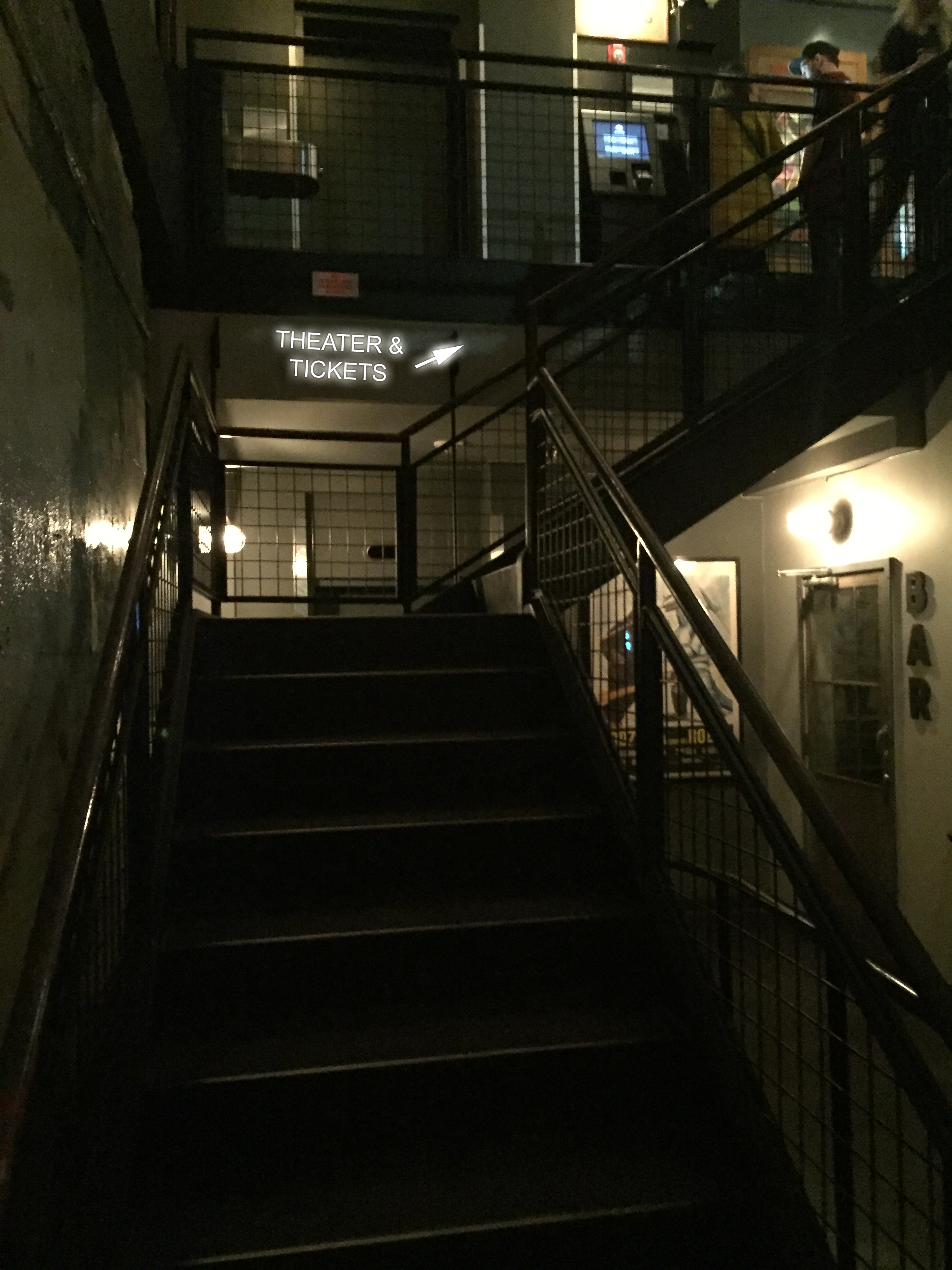 The Starbucks on Waverly Place has great signage - it’s located on a corner, and its distinct logo is placed on both sides of the corner, clearly visible from far down both roads. 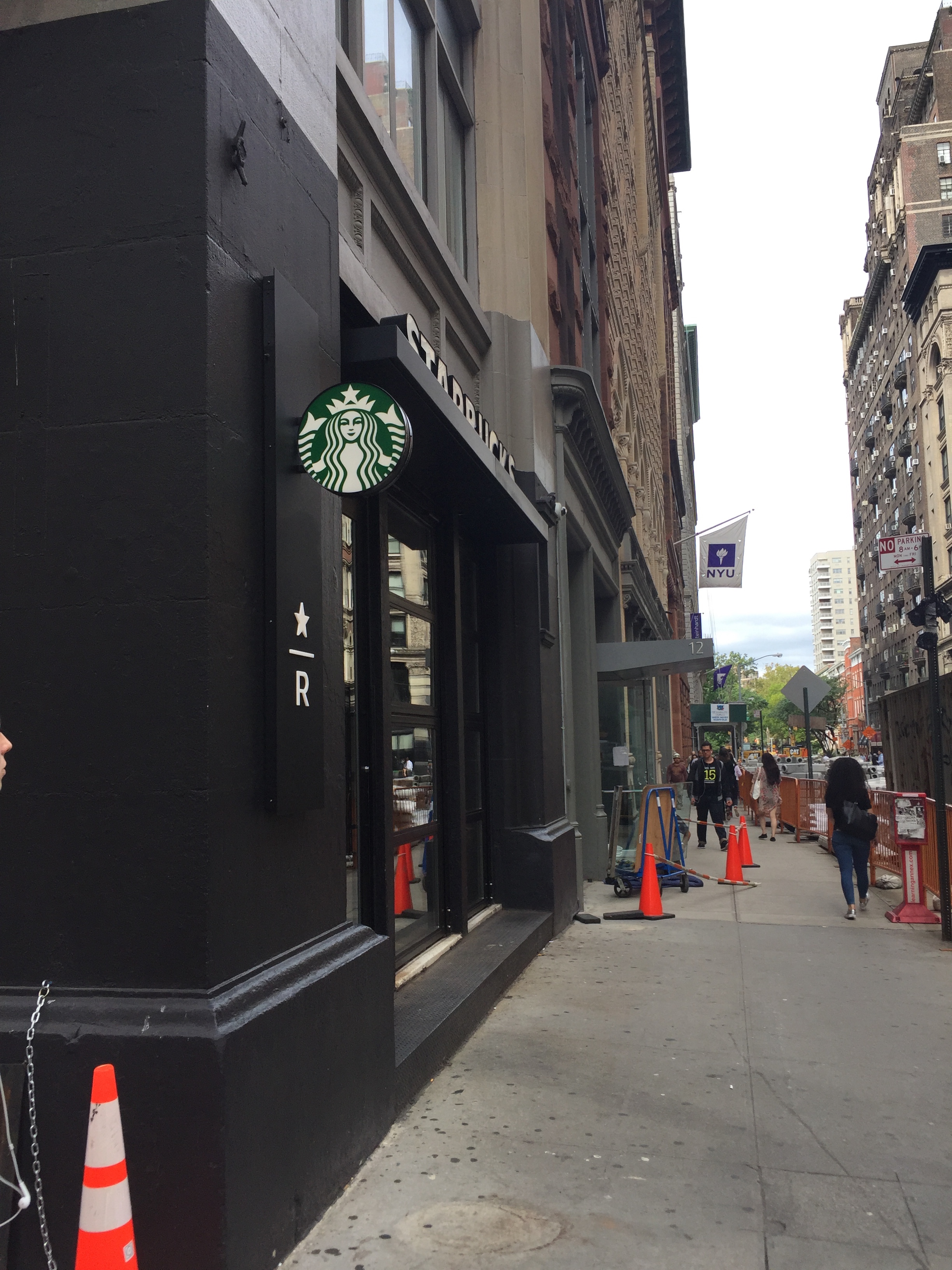 The RawMkt awning and window signage is beautiful, clean, and clear. It’s high quality conveys Japanese style and freshness from the ocean. 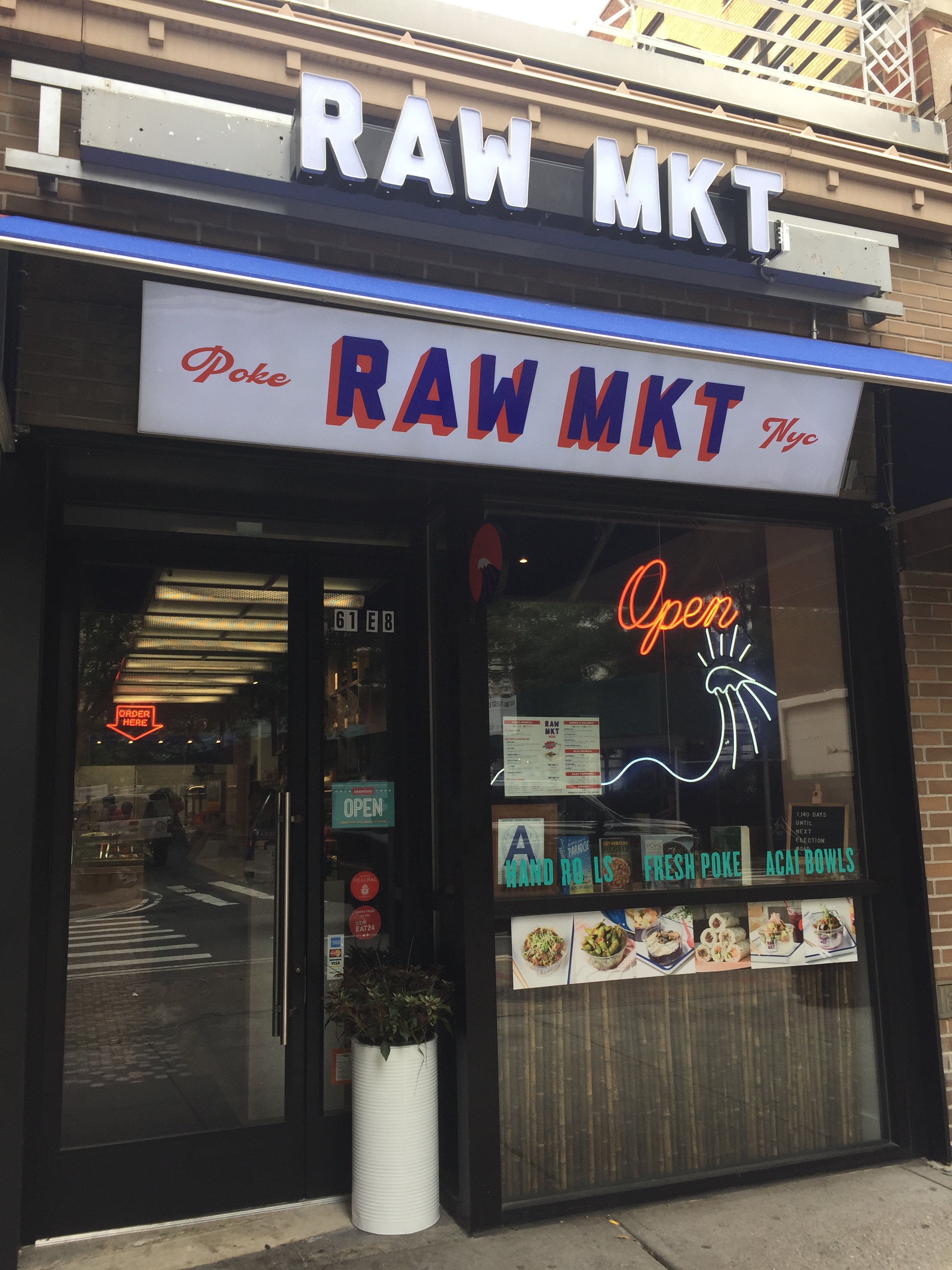